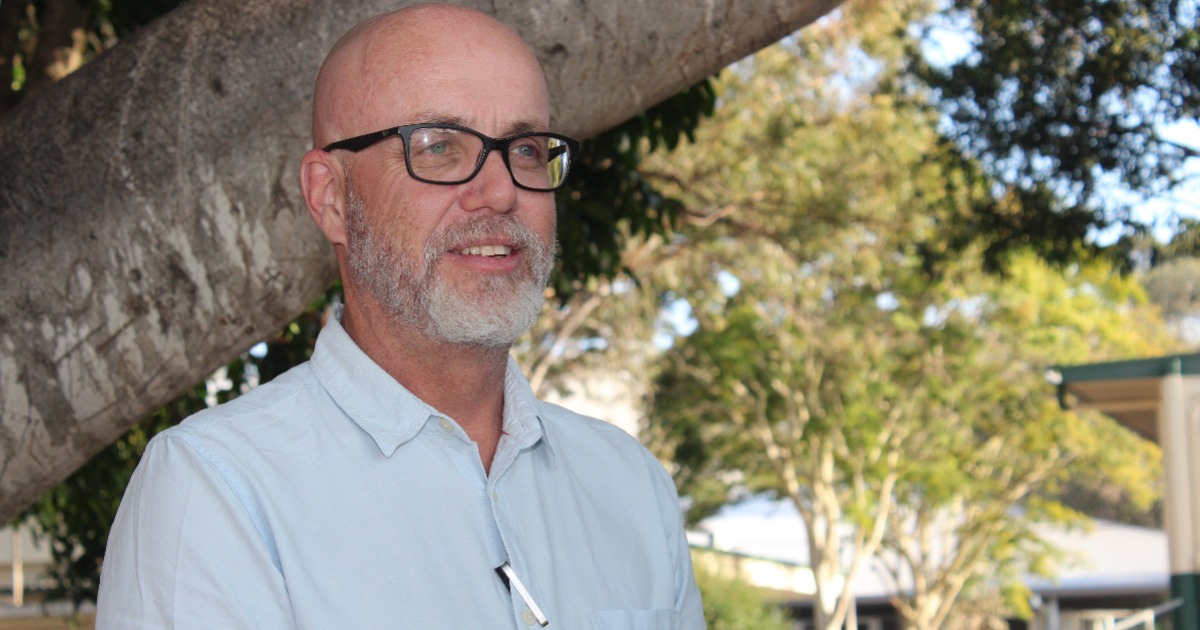 Corey Gieskens, a self-confessed ‘frustrated naughty kid,’ was kicked out of home when he was just 12 years old. With the help of youth workers from the Carinity Orana shelter for homeless youth in Bald Hills, Corey turned his life around and became a teacher at the very school where he was once a disengaged truant.

It all started when Corey wagged school for a few weeks straight, thinking he would get his father’s attention by doing so. To his surprise, his father, who was disappointed about what he did, packed his things and took him to the local police station.

“He told a policeman he would drive the car until the petrol tank was half empty and that’s where he was going to leave me, unless the police found somewhere for me to stay,” he said.

That’s when he ended up moving into Carinity Orana, a house at Bald Hills in North Brisbane which is celebrating 40 years of supporting homeless youth and those at risk of homelessness. Corey spent just over a year living there.

Corey recalled that it was a bit scary at first, because a lot of the other kids that were there were a lot more hardened and older. However, it helped that the youth workers there were very encouraging that he attended his school the whole time he’s there.

“I was very happy there as I was getting the attention that I was craving. I felt loved and I felt really supported there. Up until then I hadn’t felt that in my life. That unconditional love was very foreign to me,” Corey said.

Carinity Orana indeed helped Corey have a more positive future and helped him start a relationship with God. He worshipped at the former Lawnton Baptist Church, which helped established Carinity Orana as Pine Rivers Youth Service’s ‘Hassall House’ in 1981, and ended up moving in with people from a local church.

Later on, Corey became a teacher at Pine Rivers State High School where he was once a ‘troublesome disengaged truant.’ Some of the staff who taught him were still there and Corey quipped that some of them were surprised he did not end up in prison.

Besides being a school teacher, Corey has been very active helping young people outside of school and I’ve helped many, many homeless kids through youth groups.

“Often someone who’s estranged from their parents and homeless has been rejected, so I think it’s very important for young people to know that God hasn’t rejected them,” he said.

Carinity Orana can cater for up to five residents aged 16 to 21 years at any one time, offering a maximum stay of six months. Orana operates like a family home and youth workers provide emotional and practical support to assist young people to access education, training, employment, counselling services, recreational activities, new social networks and permanent accommodation.