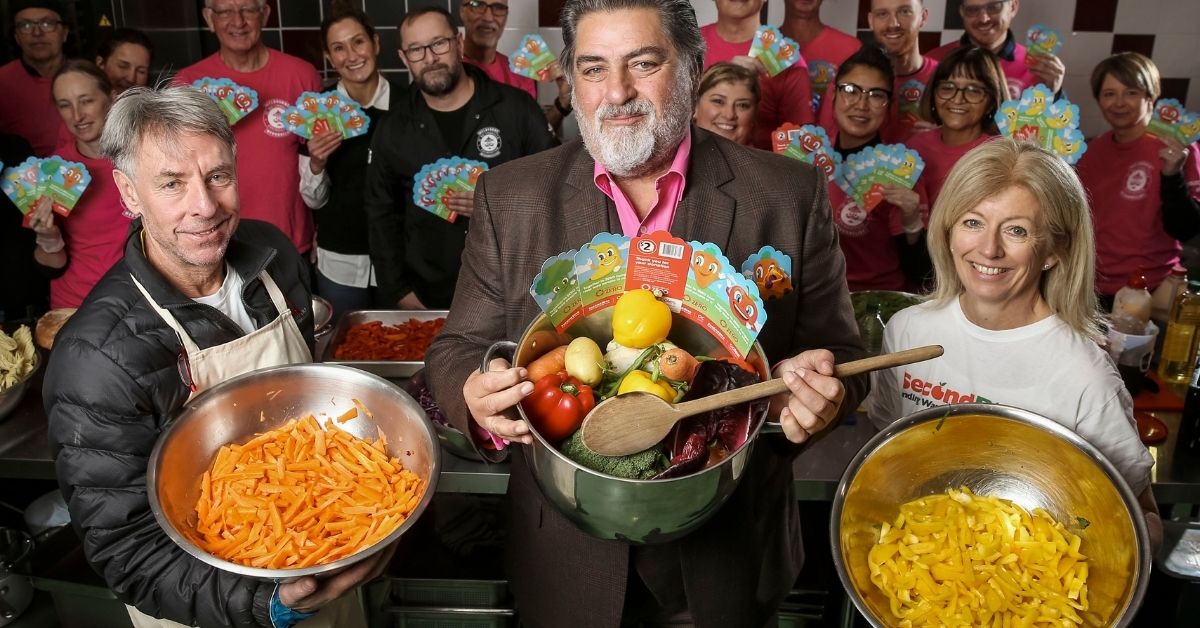 Hooray for help! Albany Creek shoppers have pulled off an admirable feat by supporting a fundraising initiative that has enabled SecondBite to distribute 20,000 meals for hungry families this winter.

Coles Albany Creek ranked among the top five fundraising Coles stores in Queensland — alongside The Pines, Caloundra, North Shore, and Logan Central — in its annual Winter Appeal to raise funds for the food rescue organisation founded by Ian and Simone Carson. Through the shoppers’ generosity, the store was able to raise $4,000, adding to the more than $1.6 million raised nationally by the initiative.

“We can’t thank our customers in Albany Creek enough for their efforts in supporting the Secondbite Winter Appeal. The funds raised will make a real difference to SecondBite so they can continue to support local charity partners like Reach Out Community & Family Care,” Coles State General Manager Jerry Farrell said.

“It has been incredible to see local shoppers really dig deep and help provide meals to people who might otherwise go without.”

SecondBite collects unsold, edible food from Coles that goes to 1,300 charity partners across Australia, including the Reach Out Community & Family Care in Everton Park. The Winter Appeal comes as three out of four food charities have had a surge in demand for their services in the last 18 months.

“So many people are under pressure at the moment and yet Coles’ customers and team members still dug deep for others and did their bit to ensure Australians aren’t going hungry,” said SecondBite Ambassador and Board Director Matt Preston.

“2021 has been a tremendously challenging year for so many Australians and SecondBite could not have met the resultant increase in demand for food support without the backing of the entire Coles team.”

Coles and SecondBites have been in a partnership for the last 10 years and this long-term collaboration has carried over to Coles’ Together to Zero Hunger Sustainability Strategy.

“We are so grateful for the generosity Coles’ customers and team members have demonstrated for this very worthy appeal especially at a time when so many communities were under tough COVID- 19 restrictions,” Coles CEO Steven Cain said.

“SecondBite’s important work of collecting and redistributing food for vulnerable people aligns powerfully with our purpose to sustainably feed all Australians to help them lead healthier, happier lives.”