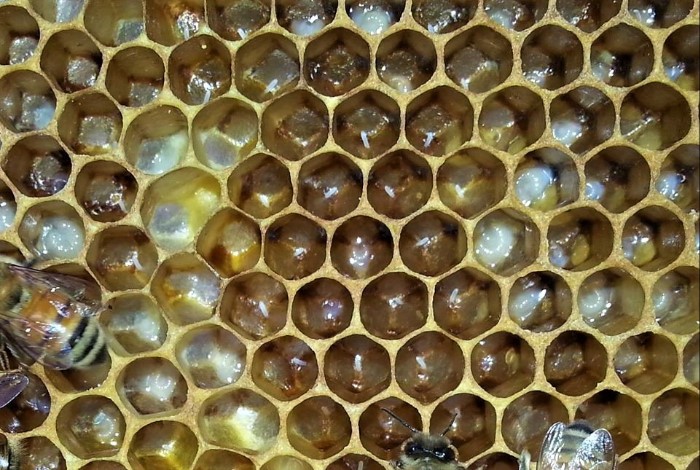 It was a shocking discovery indeed for a Carseldine couple when they realized that their ceiling is harbouring a colony of more than 60,000 bees.

Prior to discovering the uninvited guests, the homeowners claimed that they could hear the bees humming and even seen them coming from the outside and entering the house.

Thankfully, Brisbane Backyard Bees’ Paul Wood was more than happy to handle the removal of the 30-centimetre deep beehive containing about 60,000 to 70,000 bees and about 15 kilograms of honey.

To remove the honeycomb, he had to cut into the roof, carefully extract the bees using a bee vacuum and cut the comb into pieces. Collected combs were placed in temporary hives in Mr Wood’s backyard.

In August, Mr Wood was also able to rescue a beehive from a Bracken Ridge ceiling, carrying a massive 50 kilograms of honey, and another one was removed from a wall in Tingalpa.  Early this November, a beehive was also collected from a ceiling in Brighton.

Swarming is a natural process in the reproductive cycle of honey bee colonies.

He said that bees tend to swarm during springtime and because we don’t have enough trees for them to swarm in, finding bees inside ceilings is becoming quite common.

Mr Wood’s advice for homeowners is to call a beekeeper if they see a swarm in their home.

Sealing off holes and cracks that could allow bee entry is necessary to protect your home from swarming. You also need to keep your yard neat and tidy as honey bees could nest in the cavities of old appliances or furniture, for example.